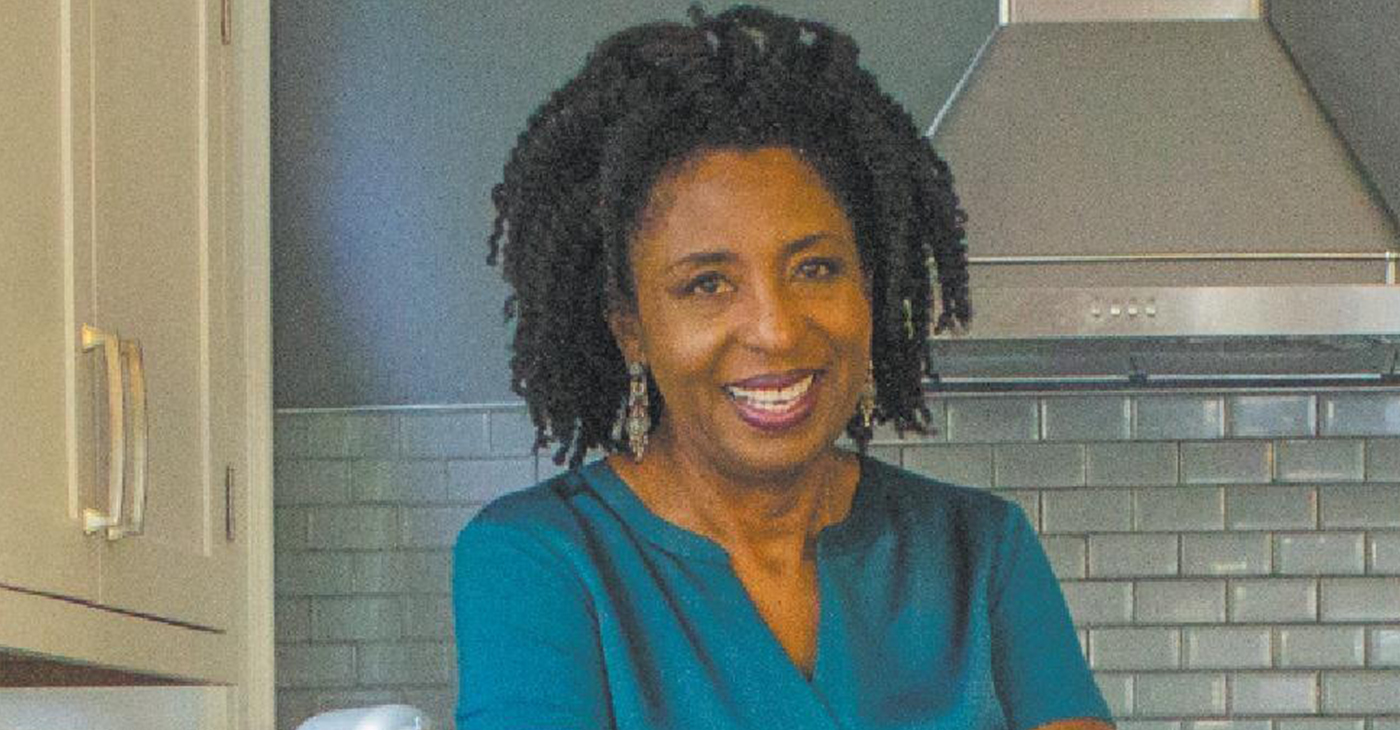 Indianapolis resident Valerie McCray has been running a long-shot campaign for president for about a year now. She left her job to give herself more time to campaign and remains optimistic despite the odds being stacked against her. (Photo by: Tyler Fenwick)

Leaned up against the kitchen sink in her near northside home, Valerie McCray almost slipped up as she explained why she’s putting her career as a psychologist on hold to run for president in 2020.

“If I were in office…” She stopped herself. One of the rules when running for any elected office: Don’t dabble in hypotheticals; speak it into existence.

McCray is one of more than 800 people who have filed paperwork with the Federal Election Commission (FEC) to run for president. Most of them, McCray included, share two goals with the primary election season coming in February: They’re trying to meet state requirements to get on the ballot, and they want to get their name in front of as many people as possible.

McCray, 60, decided about a year ago that she wanted to seek the Democratic nomination. She was working at the Wabash Valley Correctional Facility, just south of Terre Haute, and thought her professional background could be useful for the nation’s highest office.

“How can you not do it?” she said when asked why she’s running. “I’m a psychologist. I work in the trenches. … I’m ground level, so I know what it feels like for the average American person.”

McCray left her job early this year to give herself more time to campaign. She has about 35 volunteers in cities across the country, including Detroit, Los Angeles and Atlanta. Her campaign received $2,201 by June 30, according to FEC filings, and she had loaned her campaign $11,520. Like many Democrats, McCray is using ActBlue to raise money.

At some point, McCray admitted, if this doesn’t take off like she hopes, she’ll have to get back to a normal life. But she still talks like someone who knows they can achieve the seemingly impossible.

“I think that you have to have that kind of confidence in you to be in the race,” McCray said. “If you don’t have it, you will lose your momentum.”

McCray has been focusing her policy talk on student loans, criminal justice and the environment. She said some major candidates have good ideas when it comes to eliminating student debt — more than $1.5 trillion at this point — but doesn’t think the country needs to go that far. Instead, McCray would like to see interest-free student loans. She has a similar outlook on global warming, saying a transition to a green economy would create jobs without going as far as a federal jobs guarantee like the one proposed in New York Rep. Alexandria Ocasio Cortez’s Green New Deal.

McCray would also want to pursue some kind of criminal justice “reconstruction” — because she “can’t even say ‘reform’ at this point” — inspired by her time working in prisons and juvenile centers. She mentioned Jeffrey Epstein, the financier and convicted sex offender who recently killed himself in a New York

“We’ve known from the very beginning what those odds are, and the odds haven’t changed very much. … This is where faith comes in, having faith that things are looking up.”

City prison while awaiting trial. Epstein pleaded guilty in 2008 to soliciting girls as young as 14 for prostitution but was allowed to leave jail and work 12 hours a day, six days a week. Meanwhile, McCray pointed out, people with much less serious records can be in prison for decades.

Had McCray qualified for the first two presidential debates, or if she qualifies for any in the future, she’ll fit in with what candidates have been talking about. Getting on the debate stage in front of a national audience is like a shot in the arm for candidates without much name recognition, although McCray said she’s not upset about not making the stage after seeing what she called a “cat fight” from other candidates.

Even as a relatively low-profile bidder, McCray said running for president can be intimidating.

Going straight for the top has raised some questions, but McCray said it’s better like this because the way she sees it, starting low — on the city-county council, for example — and moving up from there creates a situation where “everyone owns a little bit of you.”

The next step for McCray’s campaign is getting to Iowa, where the caucuses in February will help set the tone for the rest of the primaries leading up to November’s general election. As optimistic as she is, McCray isn’t delusional about her chances.

“We’re against all odds,” she said. “We’ve known from the very beginning what those odds are, and the odds haven’t changed very much. … This is where faith comes in, having faith that things are looking up.”

This article originally appeared in the Indianapolis Recorder.

Conquering Lupus with the Formidable Weapon of Faith