Legendary radio show host Angie Martinez sustained major injuries after being involved in a “severe” car crash over the weekend, according to reports.

Martinez, 48, host of her self-titled show on Power 105.1 in New York, was well enough to get on social media to alert her fans that she was involved in an accident where she sustained a fractured lumbar and shattered vertebrae. She indicated that she will be recovering for “some time,” but is grateful for all of the love and prayers.

No other details about when, where and how the crash went down have been released  to the media. But from her description of the accident, Martinez feels lucky to be alive.

“I’ve always believed in angels and mine was with the other morning,” reads the message. “I was in a severe car accident and sustained a fractured lumbar and shattered vertebrae. I’m recovering and will be for some time, but I am extremely grateful to have the opportunity to do that.”

Read Martinez’s message to her fans as they wish her a speedy and complete recovery: 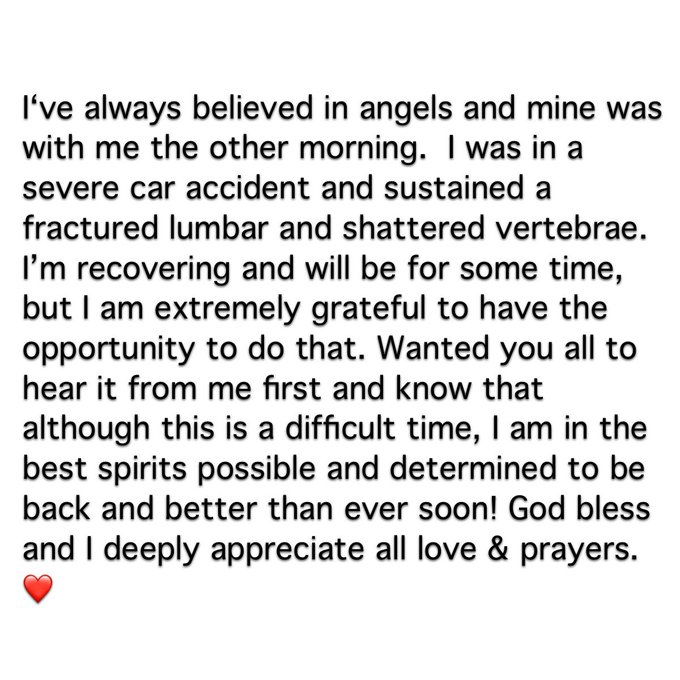