Senate chaplain Barry Black started the impeachment trial of President Trump today with a prayer mentioning Kobe Bryant, his daughter and the other crash victims.

“As millions mourn the deaths of Kobe and Gianna Bryant and those who died with them, we think about life’s brevity, uncertainty and legacy,” he said. “Remind us that we all have a limited time on Earth to leave the world better than we found it. As this impeachment process unfolds, give our senators the desire to make the most of their time on Earth,” he added.

All flags in the city of Los Angeles are being lowered to half-staff immediately in honor of Kobe Bryant and the rest of the victims of yesterday’s helicopter crash at the request of Mayor Eric Garcetti.

Garcetti sent a memo this morning requesting flags be lowered:

“Kobe Bryant was a giant who inspired, amazed, and thrilled people everywhere with his incomparable skill on the court — and awed us with his intellect and humility as a father, husband, creative genius, and ambassador for the game he loved. He will live forever in the heart of Los Angeles, and will be remembered through the ages as one of our greatest heroes. This is a moment that leaves us struggling to find words that express the magnitude of shock and sorrow we are all feeling right now, and I am keeping Kobe’s entire family in my prayers at this time of unimaginable grief.”

In an interview with ESPN, NBA legend Kobe Bryant reflected on his own legacy saying he, “wanted to be remembered as a player that didn’t waste a moment.”

ESPN released the pre-produced clip on Twitter this morning. The clip came from a 2015 interview where Bryant was asked about his upcoming retirement and how he wanted to be remembered.

Here’s what he said:

“So if I could be remembered as a person that was born with a lot of talent but did everything he could to try to overachieve and lived everyday as if he was the 12th guy on the bench — you know I think that’s a very powerful message to have,” he said in the interview.

In December 2015, Kobe spoke on how he wanted to be remembered. 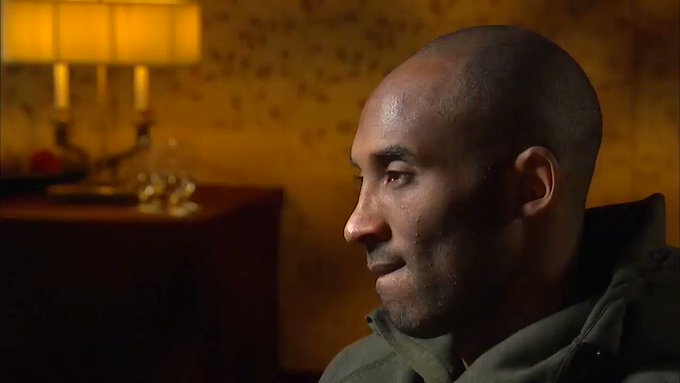 He called the twin-engine aircraft, known for its luxury, “very reliable” but he did not know its exact safety record.

“They just don’t fall out of the sky,” Deetz said, adding that that model is considered nearly “bulletproof.”

Deetz added that pilots need at least a couple thousand hours flying in a twin engine to be ready to fly the complex helicopter. “There aren’t a lot of people readily qualified to fly it,” he said.

Deetz joined Island Express in 2015 specifically to be Bryant’s pilot, he told CNN. He had many memorable flights with the Lakers legend, including flying him out of downtown Los Angeles the night Bryant retired.

“He was a very private person and you have to respect that. He was very cordial – it was always thumbs up and waves,” he said.

This morning, CNN is outside of the Staples Centers in Los Angeles, where the Lakers play, as fans are gathering to pay tribute to the late Kobe Bryant.

A sports icon and basketball legend, Bryant, his daughter, and 7 others were killed in a helicopter crash on Sunday. Bryant won 5 NBA titles during his 20-year career with the Lakers.

See what the scene is like in the clip below:

There were nine people on board the helicopter that crashed in Calabasas, California yesterday.

The group, which included Basketball legend Kobe Bryant and his 13-year-old daughter Gianna, was heading to Thousand Oaks, California, for a basketball game, where Gianna was expected to play and Bryant was expected to coach.

Here’s what we know about the other victims:

The pilot — the 9th victim — has yet to be identified.