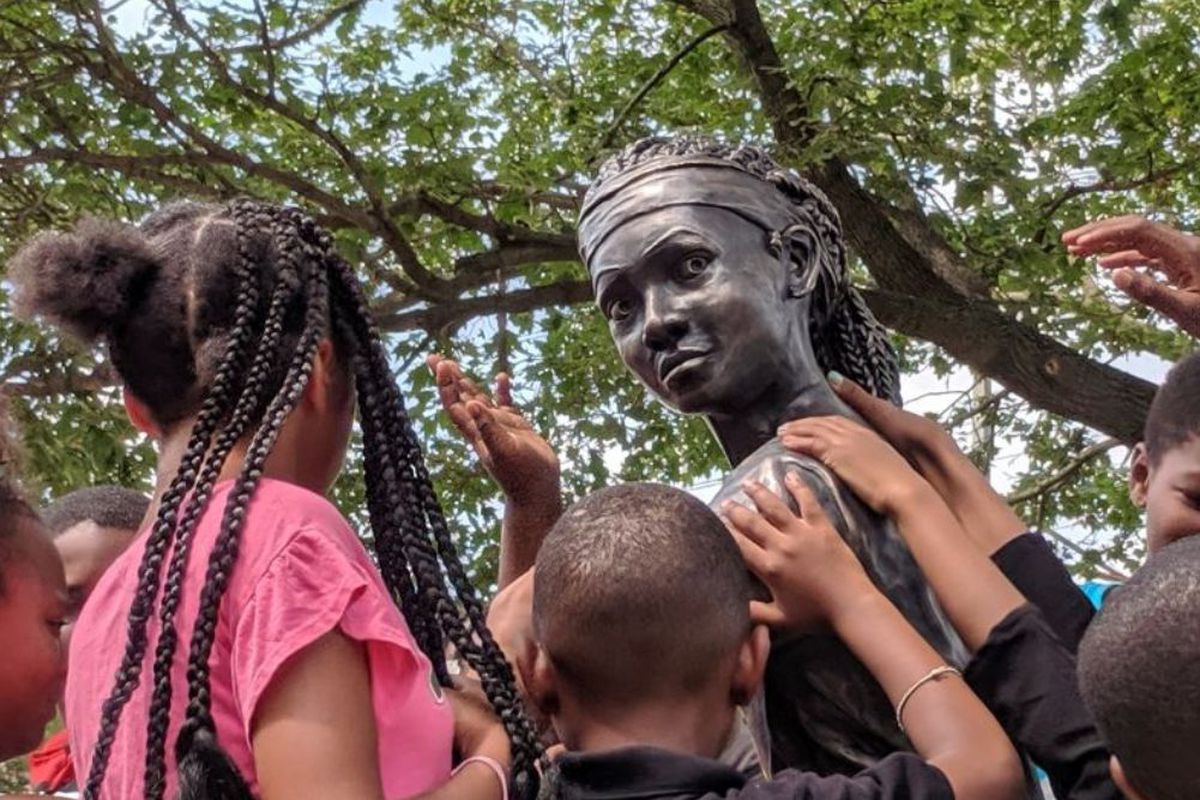 The statue, which is called MVP, was created by statue of an African American girl in honor of the city’s 60th Anniversary of the Percent for Art Programs. It’s inspired by athlete Ora Washington and depicts a girl playing basketball. “(The statue) represents the power and potential of young girls, exemplifying the pursuit of success through dedication and hard work,” according to a statement from the city. An African American sports legend, Washington played for the Philadelphia Tribunes basketball team from 1931 to 1943 and was the American Tennis Association’s National Women’s Tennis Champion every year from 1925 to 1937.

“MVP celebrates those who have historically been underrepresented in Philadelphia’s public art collection – people of color, women, and our youth,” Margot Berg, Public Art Director, said in the statement.

Officials compared the sculpture to the iconic Rocky statue, saying that they hope MVP will be come an icon and point of pride for people—and especially children—in the community.

Loving the Skin You’re In, Lessons Learn in a Picture Book by Lupita Nyong’o