The generic gentrifiers of D.C. are trying to suck up the cultural flavor the Chocolate City has left by muting go-go music from the city.

According to WTOP, the iconic Metro PCS store in D.C.’s Shaw neighborhood came under fire when someone reportedly complained about the go-go music they play from their outdoor speakers. The unseasoned sour sop reportedly lives in a new luxury apartment building nearby, and they threatened to sue if the PCS store didn’t cut off the tunes. T-Mobile thus told their store to cut off the music they’ve been playing from their speakers for almost 25 YEARS.

The people of D.C. were not having it.

“Tell T-mobile, the city, and residents who don’t understand the cultural significance and history of go-go music in Washington, D.C. that this is unacceptable. Bring back the music!” – Petition https://www.change.org/p/ronald-moten-don-t-mute-dc-s-go-go-music-and-culture?recruiter=947933319&utm_source=share_petition&utm_medium=copylink&utm_campaign=share_petition&utm_term=eb06114e75414698a840b2d91c7a6e19 …

NOW: Dispute between Ron Moten, who started petition, and resident who says he wants business to turn down the go-go music on 7th St. NW. pic.twitter.com/MU6c2luCCO 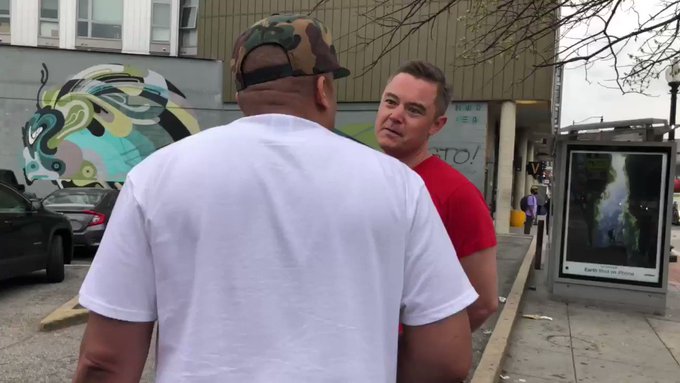 A #DontMuteDC hashtag also started to spread across social media, and on Tuesday night, a musical protest took place outside the Reeves Center on 14th and U street. Celebrated go-go bands like TOB performed for dancing fans and go-go enthusiast. 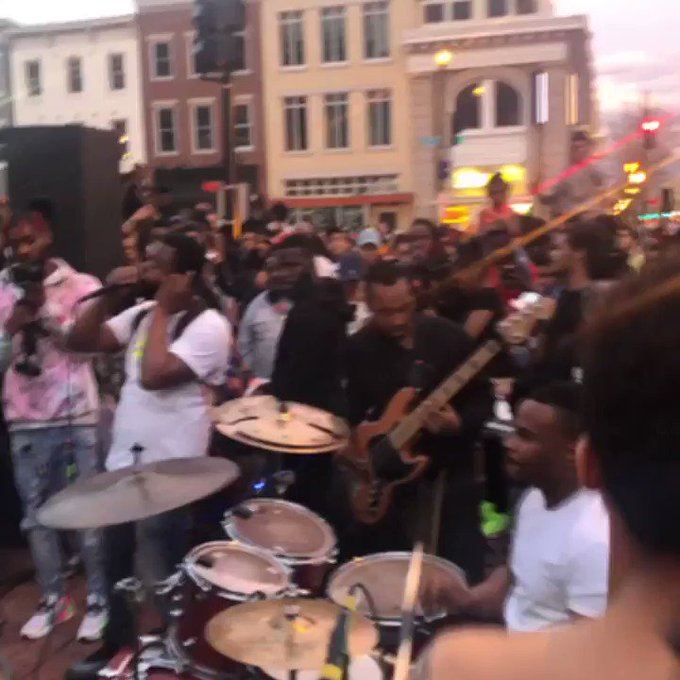 So “they” said that WE were making too much noise outside with OUR music so we decided to remind them WE were here 1st .Good luck getting some sleep tonight on U st #DontMuteDC #QuickSilvaShow #TOB

DMV native Wale even came through to support the people.

Rare Cartier@Biggscooley
You can take the block but you can’t take the culture. The culture is ours and it’s here to stay #DontMuteDC 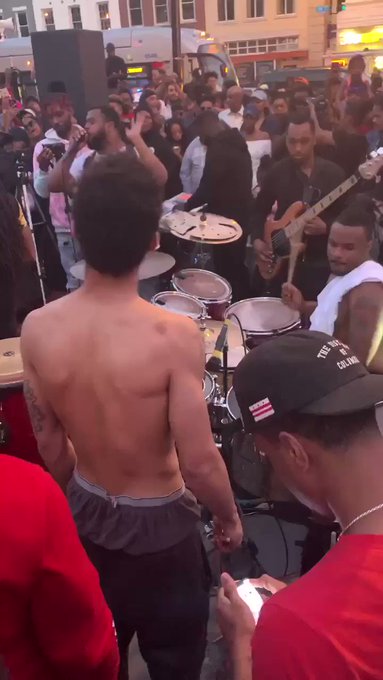 The Whole city out @Wale @FlexKartel This is no longer a small thing, This a movement. We coming at full force and they can’t mute us #DontMuteDC pic.twitter.com/WUtp20vBFp 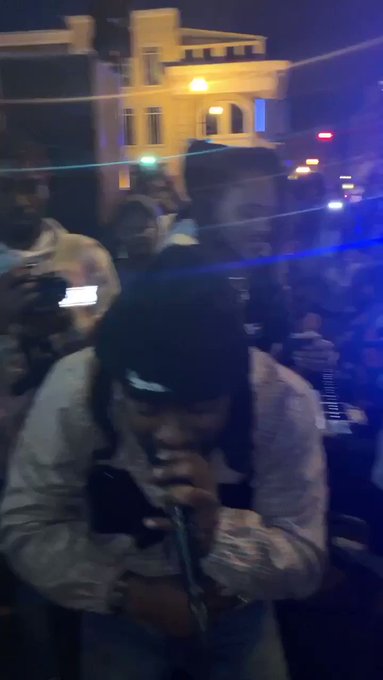 This isn’t the first time go-go music has blasted outside the Reeves Center. Back in 2016, activists held a go-go protest against D.C.’s current Mayor Muriel Bowser for her various policies, including ones that could potentially push long-time residents out the city.

Now, with new residents trying to mute Metro PCS, the issue of gentrification in the city seems to be getting more exposure. On Monday, D.C. councilwoman Brianne Nadeau sent a letter to T-Mobile’s senior vice president of government affairs, urging the company to change their demands against PCS’ go-go music:

“Go-go is a blend of funk, hip-hop, Latin, and other genres that emerged in the ’60s and ’70s. It is a unique product of D.C. and its black residents. To this day, it is the indisputable sound of D.C. and its suburbs. This corner is often where many hear go-go for the first time. The music that has played there since at least 1995 – and the CDs sold next door – have kept this cultural spirit alive.”

UPDATE: The CEO of T-Mobile tweeted out a statement regarding the go-go music playing from Metro PCS, saying:

“I’ve looked into this issue myself and the music should NOT stop in D.C.! @TMobileand @MetroByTMobile are proud to be part of the Shaw community – the music will go on and our dealer will work with the neighbors to compromise volume.”

I’ve looked into this issue myself and the music should NOT stop in D.C.! @TMobile and @MetroByTMobile are proud to be part of the Shaw community – the music will go on and our dealer will work with the neighbors to compromise volume.

A Metro PCS vendor in Shaw has become ground zero in what some call #DC’s latest culture war. Days of #DontMuteDC protests & a town hall aim to address issues at its root: gentrification and a growing sense that DC culture is being eroded, bit by bit. https://www.washingtonpost.com/local/wheres-my-go-go-music-residents-say-turn-up-the-music-after-a-complaint-silenced-a-dc-intersection/2019/04/09/fde12318-5af4-11e9-9625-01d48d50ef75_story.html …

Can D.C. residents call this a win? Will wait and find out how this “volume compromise” will carry out.
Tweet