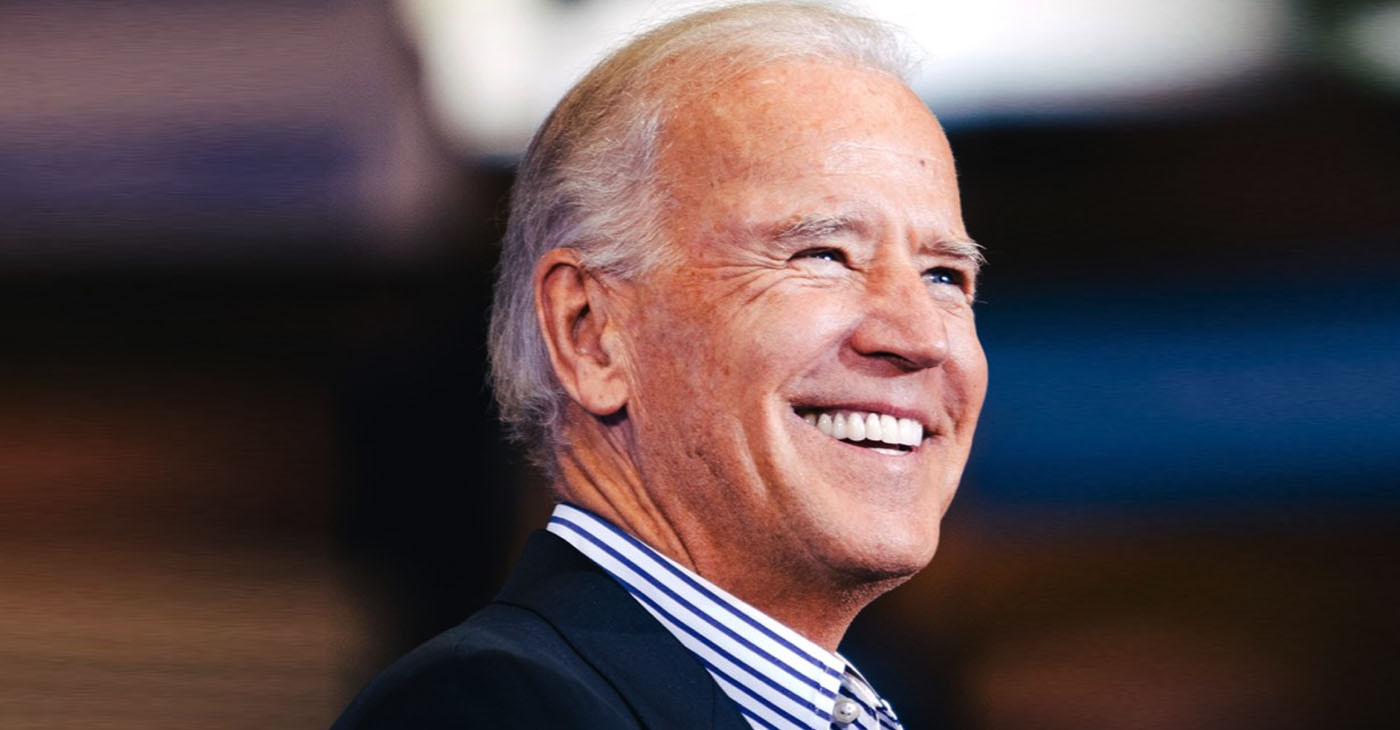 There is injustice in America. There is discrimination. There is a legacy of racism and inequality that lives still in our institutions, our laws, and in too many people’s hearts that makes it harder for Black people to succeed. These are facts in the United States of America in 2020, and we must all do more to move our nation closer to the ideals inlaid at our founding—that all women and men are created equal.

This year has also brought us too many examples of the dangers Black people can face in the course of going about their lives. With grieving hearts, we learned to say the names of Ahmaud Arbery, Breonna Taylor, Rayshard Brooks, and many more. I’ve spent time with the families of George Floyd and Jacob Blake, sharing their grief and anger and seeing the incredible resilience of communities that for too long have had a knee on their neck. And I was inspired by their commitment to turn their pain into purpose. 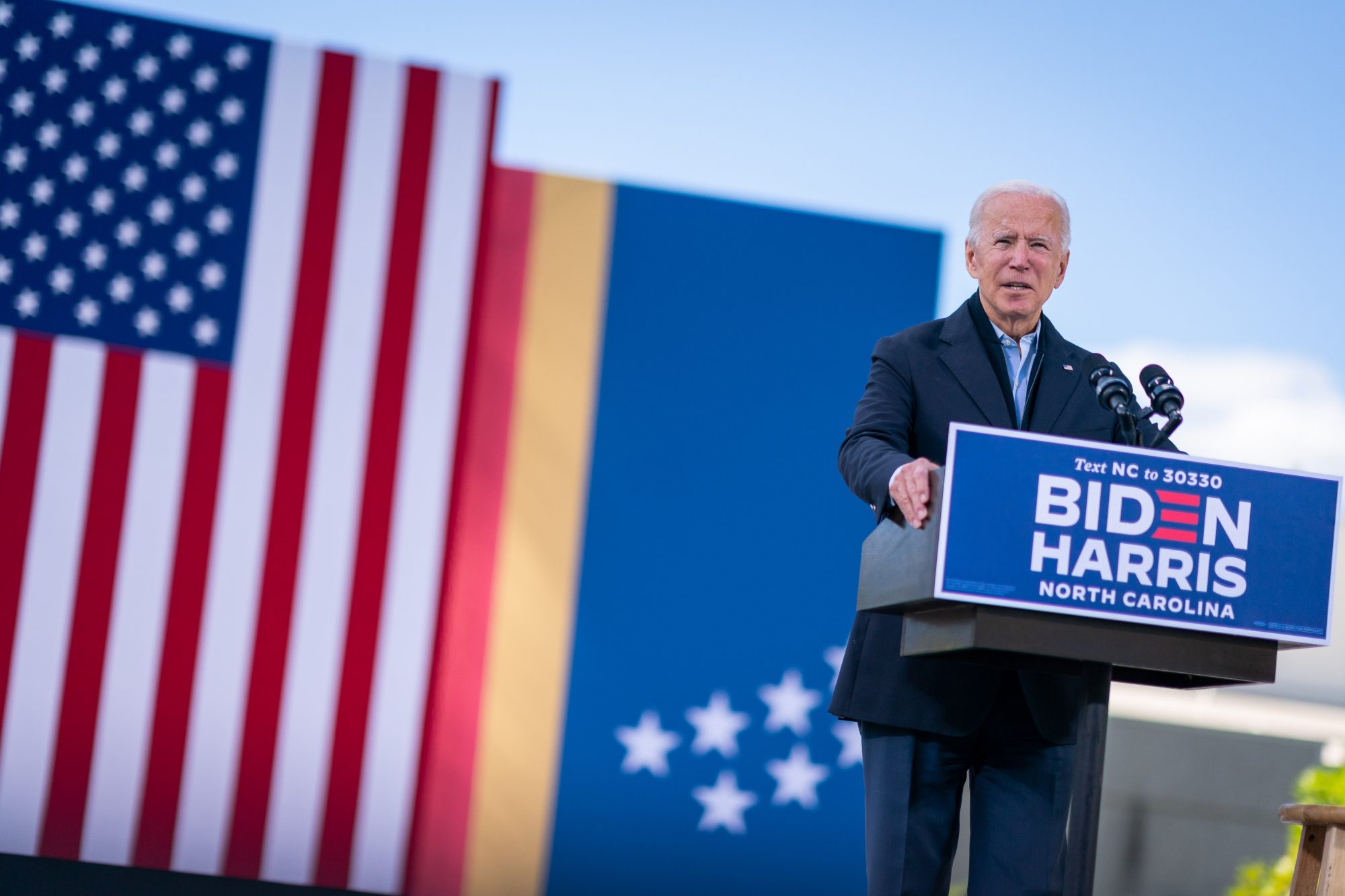 Today, there are Americans all across this country, especially Black Americans, who are exhausted and hurting. Who are disappointed by a system that never seems to deliver for your communities. Who are sick and tired of a cycle where, in good times, Black communities lag behind, in bad times they get hit first and hardest, and in recovery, they take the longest to bounce back.

We’re in the midst of four simultaneous crises—a pandemic that has claimed more than 200,000 lives, a disproportionate number of whom were Black; an economic crash that has hit Black workers and Black business owners especially hard; a long overdue reckoning on racial justice; and a climate crisis that is already hurting Black and Brown communities the most.

It is our job to do everything in our power to rip out systemic racism across our society, root and branch. It will be hard work in any case. But we will not succeed without a leader who understands our history and is ready to grapple with our challenges. 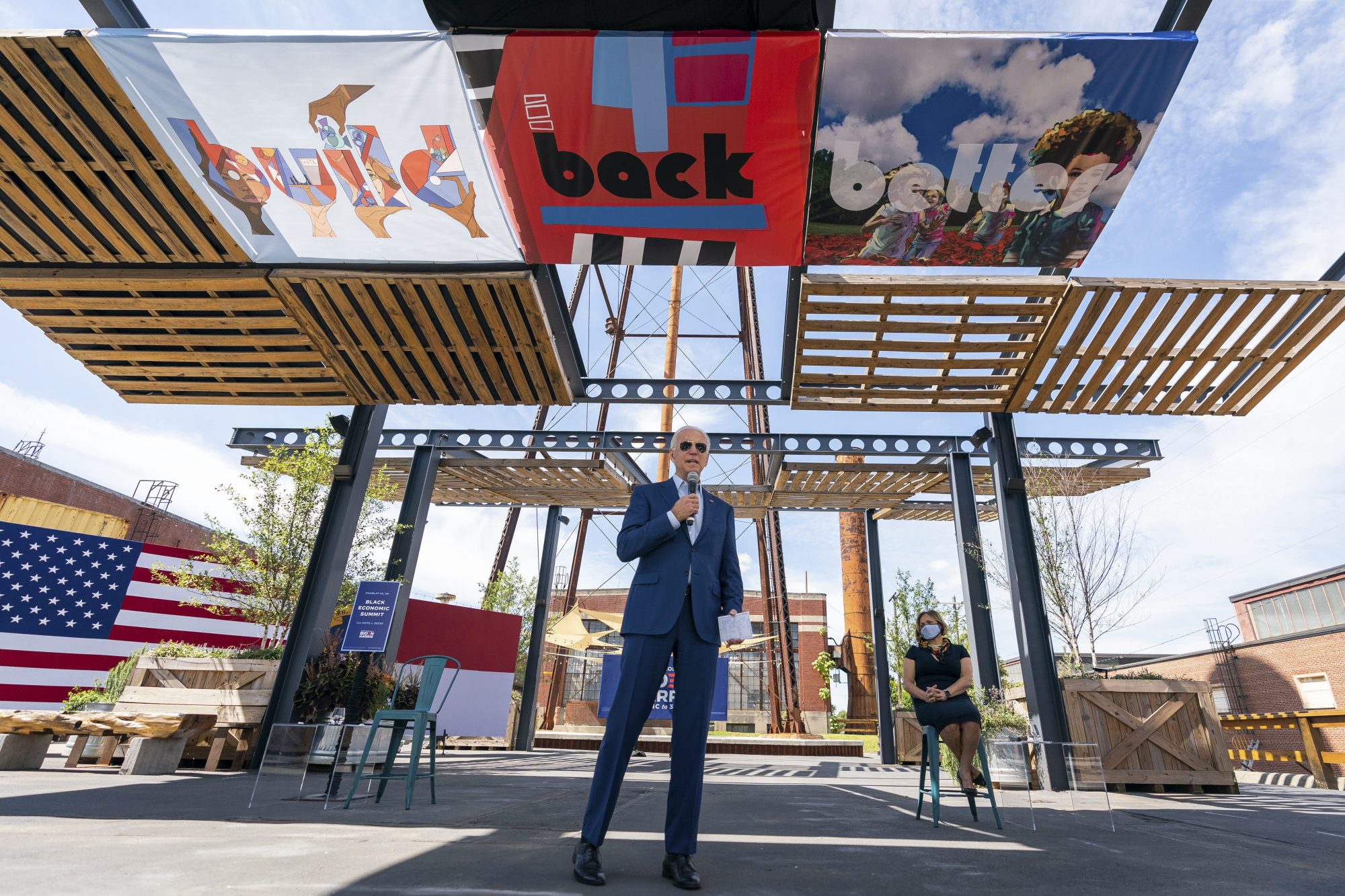 President Trump wants to paper over the living wound of racism. He’s issued Executive Orders and established a new national commission designed to whitewash our history—and deny the daily reality of being Black in America. He actively appeals to white supremacists and fans the flames of hatred and division in our country, because he thinks it benefits him politically. He ignores the most basic job of every president: the duty to care for all of us, not just those who voted for him.

It’s the polar opposite of what I will do as president. I was proud to serve for eight years alongside President Obama. I watched up close how he filled the Oval Office with dignity and compassion for others. And, together with Senator Kamala Harris as my vice president, we will restore honor, integrity, and competence to the White House.

We will build an administration that looks like America, including nominating the first Black woman to serve on the Supreme Court.

We will work to unite the country around solutions that will push our country forward, and most importantly, I will listen to those impacted by the long-standing inequities in our system—especially Black Americans, Latinos, Asian Americans, and Native Americans. 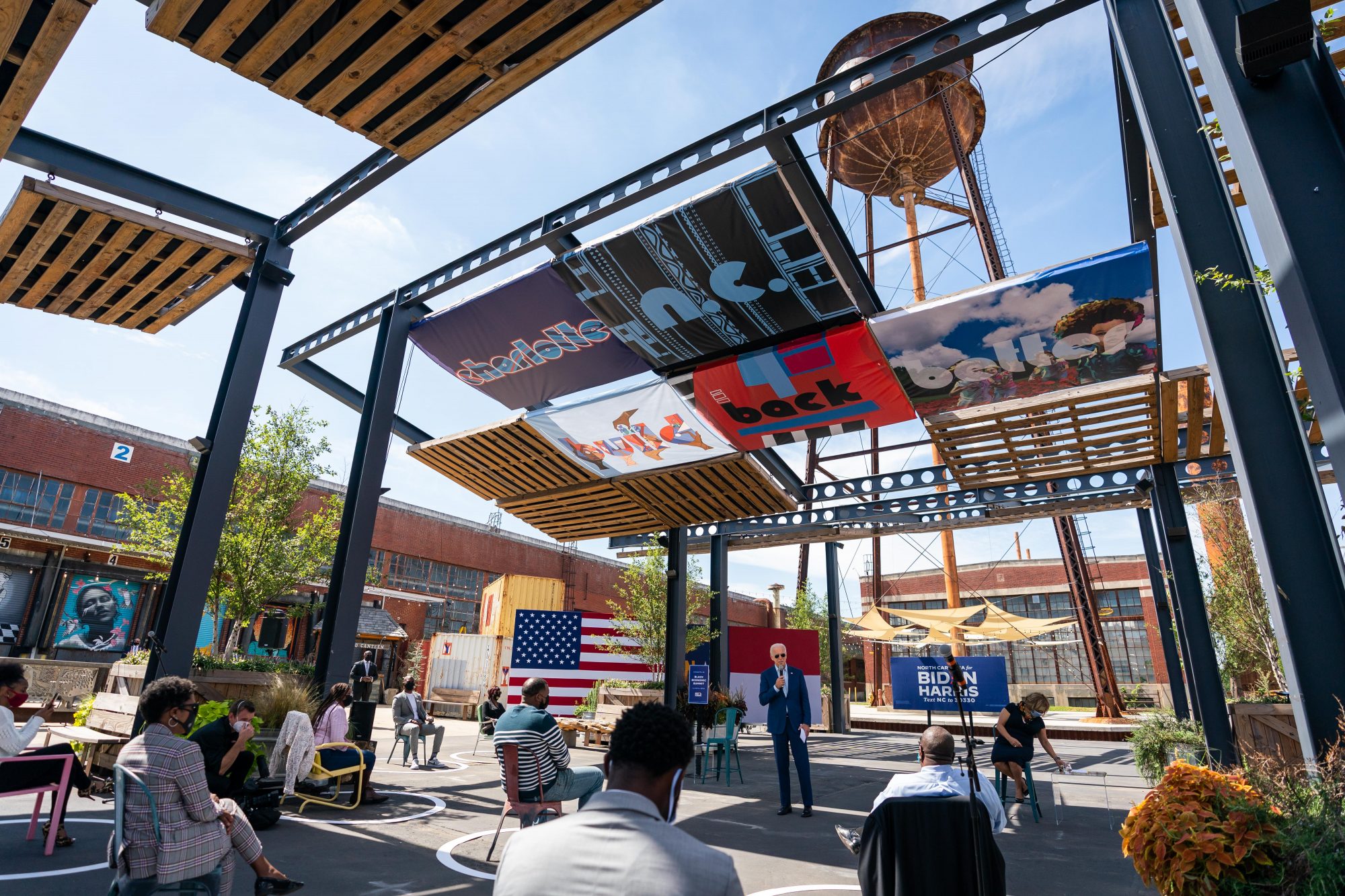 That’s how we will work together to deliver real, lasting change. Criminal justice and policing reforms, but also economic opportunity and financial stability. Building wealth for families of color and passing it down. Closing the racial wealth gap is one of the most powerful ways we can build real equity in our society, and it’s going to require a full-court press. That’s what my Lift Every Voice plan is—a comprehensive agenda to take on the range of issues that drive inequality in Black America.

We’ll tackle student debt and invest more in our HBCUs, so higher education is a pathway to wealth and opportunity instead of to debt that prevents you from owning a home or starting a small business.

My plan will empower Black-owned small businesses, with short-term relief to get you through this tough time and long-term investments to help you build back better — with access to new capital and financing and government contracts.

Critically, we’re going to tackle the racial homeownership gap head on. There is no greater vehicle for wealth creation than homeownership. That’s why my plan will restore the steps President Obama and I took toward eradicating housing discrimination, including redlining; end racial bias in how we judge which families are credit-worthy; and provide a $15,000 down payment tax credit to help millions of young Black families buy their first home. 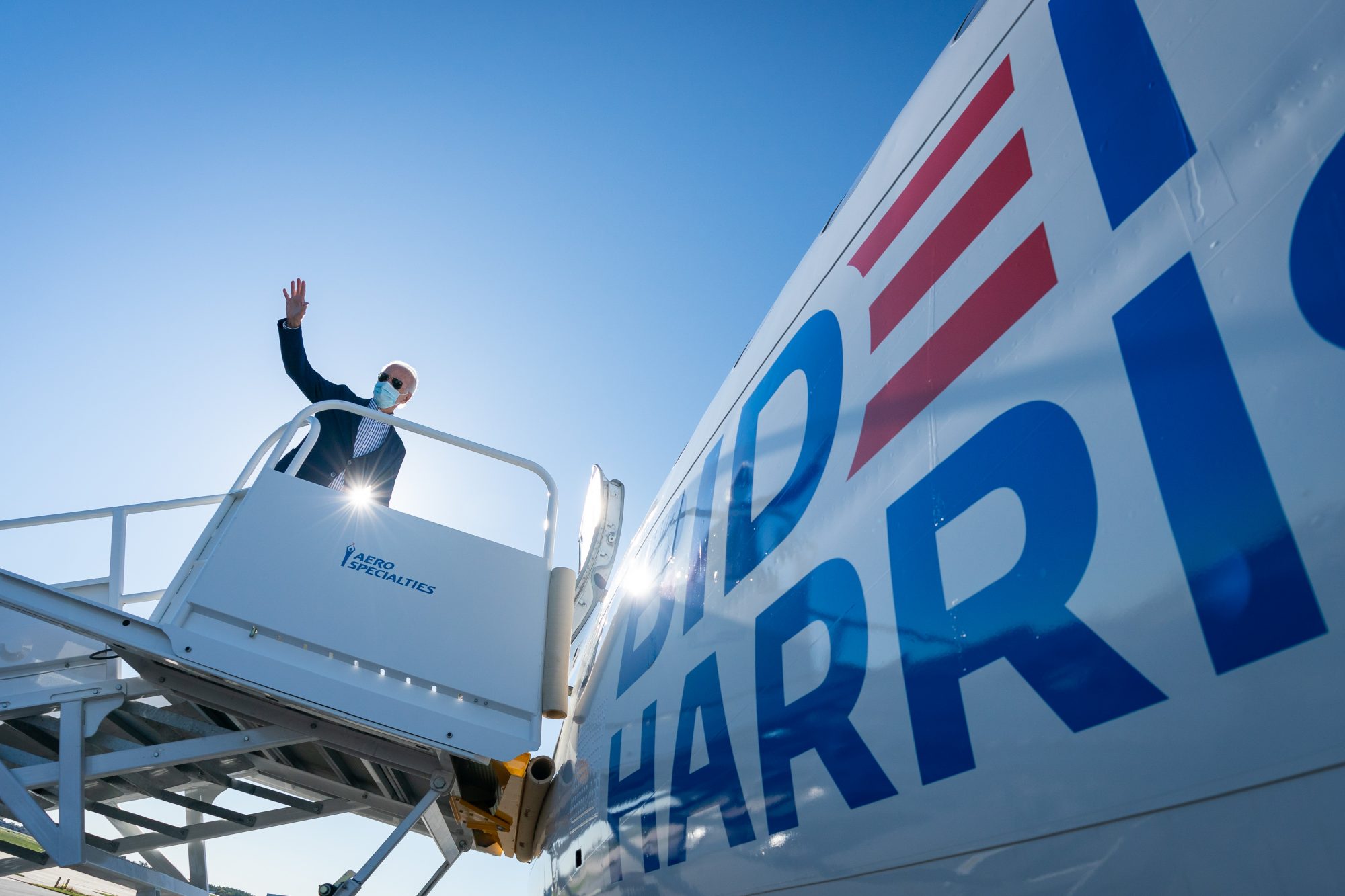 We’ll fix our upside-down tax system to finally reward work, not wealth. Trump thinks billionaires deserve more tax cuts. But under my plan, I’ll make sure the super wealthy and big corporations pay their fair share, while ensuring that no one making less than $400,000 a year sees their taxes go up.

And I’m going to fight like hell to defend your family’s health care, just like I would my own. Right now, in the midst of a pandemic, Donald Trump is asking the U.S. Supreme Court to overturn Obamacare—all of it. He wants to overturn the very law that expanded coverage to an additional 3 million Black Americans. If he succeeds, more than 20 million Americans will lose their coverage, and more than 100 million people with preexisting conditions will no longer be protected against their insurance companies charging them more, or denying them coverage all together.

I’ll defend Obamacare and build on it—adding a public option that will automatically enroll 4 million more people that Republicans shut out by refusing to expand Medicaid in their states. We’re going to get to universal coverage and lower health care costs. We’re going to give working families a bigger subsidy to lower their premiums. And we’re going to take on pharmaceutical companies, bringing down the cost of your prescription drugs by 60 percent.

As my friend John Lewis used his final words to remind us: “Ordinary people with extraordinary vision can redeem the soul of America.” We cannot be tired. We cannot be hopeless. The choice in this election couldn’t be more stark, and we must vote for the future we want for every single one of our children. I’m ready to fight for you and your families, and I hope to earn your vote.