Several big-name celebrities are adamantly defending comedic actor Kevin Hart, who was “encouraged” to step down as the host of the 2019 Academy Awards after a fierce backlash over his past homophobic comments.

Snoop Dogg, 47, in all his profane glory, basically told the Oscars academy to go and perform a crude act (and with anatomical specificity). Actor Nick Cannon did one even better: the host of the wildly popular MTV show “Wild-N-Out” excavated old tweets from Hart’s comedic colleagues such as Amy Schumer, Sarah Silverman and Chelsea Handler, all of whom also used homophobic language, and the trio did so at about the same time Hart spewed his alleged anti-gay Twitter posts.

“Interesting,” Cannon, 38, tweeted on Friday as he captioned a specific tweet from Handler from 2010. “I wonder if there was any backlash here…” 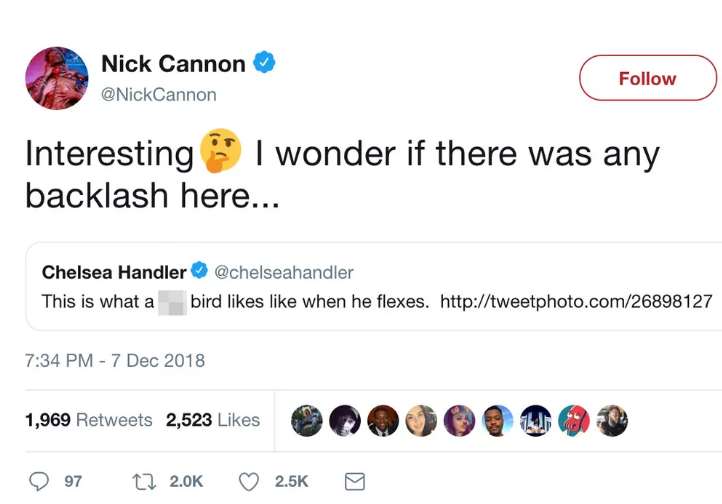 In rapid succession, Cannon also showcased an old tweet from both Schumer, who wrote hers in 2012, as well as Silverman, who wrote her homophobic tweet in 2010, about the same time that Hart posted his controversial tweet: 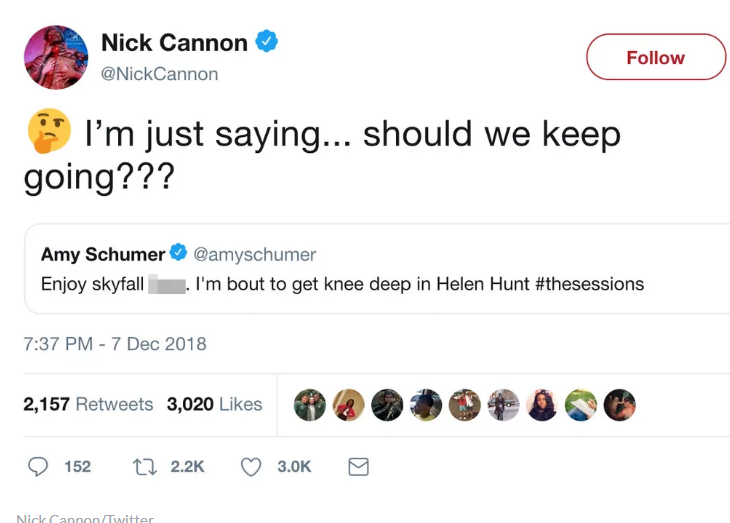 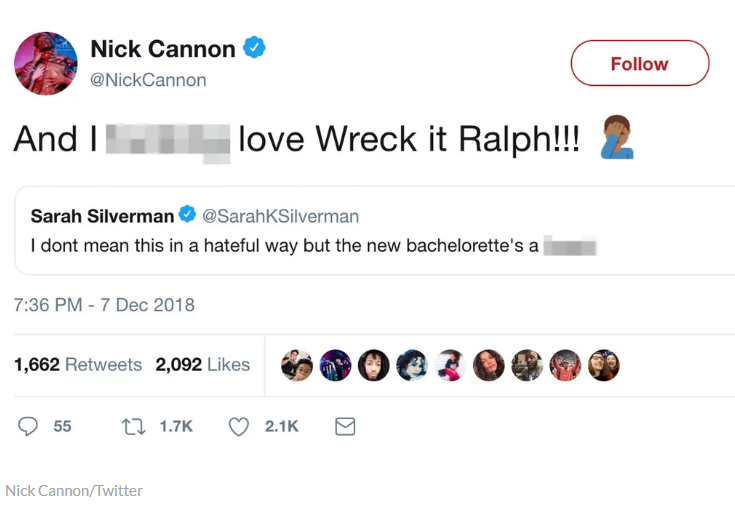 None of the representatives of Handler, Schumer nor Silverman responded to Cannon’s posting about their past Twitter posts.

But Silverman, who recently said she cringes at some of the things she said and tweeted in the past, also told the Guardian that she had to learn to forgive herself: “All I can do is learn from it, be changed forever by it, and do what I can to make it right going forward.”

In another interview, this one with Variety, that was published last month, Silverman also said she holds herself accountable for what she has uttered in the past.

“I feel like unless you can admit to those things, you can’t be changed by them and you can’t even forgive yourself for them,” she shared.

A couple of activists from the LGBT community said Hart hurt himself because he failed to show contrition for his past remarks. But Hart said he addressed this issue several times already.

Eventually, Hart, 39, bowed to pressure and offered an apology after the Night School and Ride Along star stepped down as the Oscar host.

Meanwhile, when a fan told Cannon to go back and audit his own tweets, Cannon shot back with “No!”

Another Twitter user pointed out that Cannon indeed scolded blacks in the past for being “homophobic.”

“Honest question: why are we as Black men so homophobic?” Cannon asked rhetorically in 2012. “If your best joke includes ‘gay’ or ‘F—’ you should be kicked of [sic] Twitter this ain’t the 3d grade!”

“Idgi, @NickCannon. If what you said in 2010 and 2012 still holds, why not hold Kevin accountable?” the Twitter user asked. “I don’t like any of the white women you ‘exposed’ lol. So do you. But how you gonna go after white women because a Black man was wrong, @NickCannon ?”