Oswaldo Ortiz’s youngest child, a daughter named Ofirenen, was just a toddler when he had to leave her behind in 2017 to serve a year-long prison sentence for possession of marijuana.

“I used to always tell her, ‘Daddy loves you. Daddy will never, ever abandon you,'” Ortiz, 57, told “Good Morning America.” “I put those words in her head to make sure she understood that her father is not giving up.”

Thinking of his commitment to Ofirenen, he says, helped him get through his prison sentence.

When Ortiz was released from a Boston-area prison late last year, he went straight to a nonprofit organization, Fathers’ Uplift, that helps dads overcome obstacles like jail sentences, addiction issues and financial strains that may prevent them from being part of their kids’ lives. 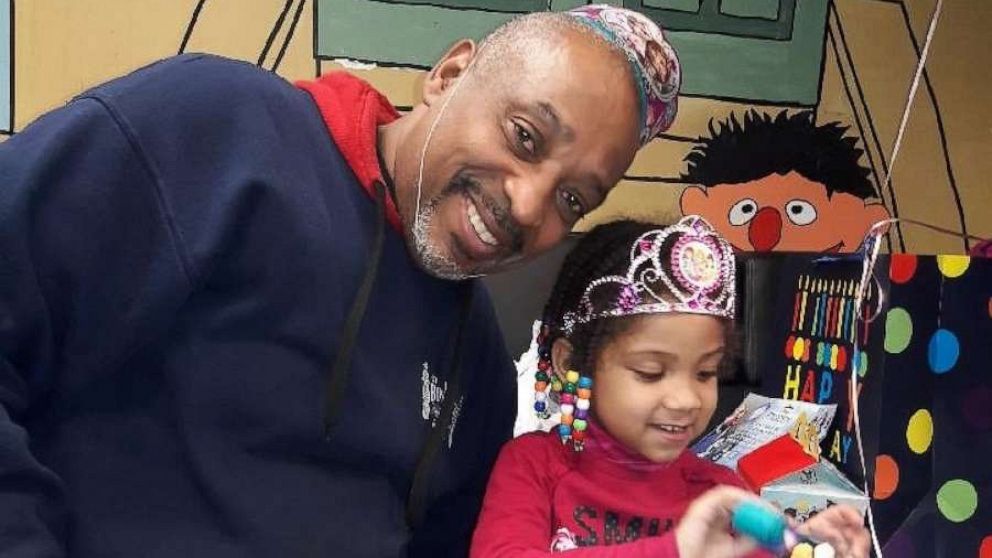 Ortiz became one of hundreds of dads who has received a seemingly simple but life-changing gift from the organization: a duffel bag filled with essentials like toothpaste, deodorant, clothes and a blanket.

Most importantly, the organization also provides safe transportation home and mental health and mentoring plans to get them back on their feet.

“When I got out, it was scary because I had nowhere to go … I didn’t want to go back to the same old hangout,” Ortiz said. “And I didn’t have any money. I needed clothing.”

“Going to Fathers’ Uplift was a like huge shield was placed over me to protect me,” he said.

Fathers’ Uplift’s Bags for Dads program is the brainchild of Charles Daniels, Jr., who started the program two years ago after a conversation he had with one dad serving a jail sentence.

“He said, ‘You can’t send me out here alone and not think that I’m going to be back here in 48 hours,” Daniels said. “He knew for certain he’d be back in jail if no one was there with him.”

There are more than 800,000 incarcerated parents in federal and state prisons and 92% of them are fathers, according to the National Responsible Fatherhood Clearinghouse, a federally funded resource for dads.

When people are released from prison, they typically get a plastic bag for any belongings and leave wearing the same clothes in which they entered prison.

Daniels sees the Bags for Dads program as offering not just necessities like shampoo and conditioner to the dads, but the understanding that they are not alone and that they care about their kids.

“We see there’s a misconception that fathers behind bars don’t care about their kids. We know that they do care,” he said. “When they held their child for the first time, they did not imagine living a life without them.”

Daniels, 33, was inspired to found Fathers’ Uplift by his own experience growing up in a fatherless household. Daniels said he was 10 when his dad left his family for good.

“It really resulted in me feeling bad about my father not being in my life and looking at myself as the reason he wasn’t there,” he said. “I was never the reason but when you don’t know why someone left, you create your own narrative and often it points back to you.”

“The reality was that my father just didn’t have the support to stay engaged,” Daniels said. “It wasn’t because he didn’t love me.” 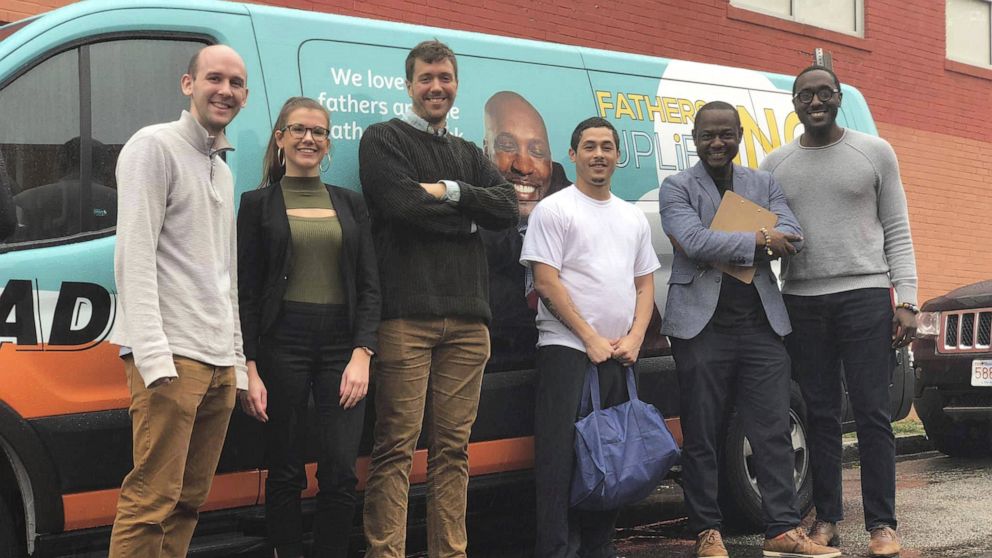 Daniels became a father himself five years ago. He founded Fathers’ Uplift with his wife, Samantha Fils-Daniels.

Together, they and a team of around 30 employees help not just dads in prisons but dads who may be divorced, having financial difficulties or who simply don’t know how to be a father because they didn’t have a role model in their own life. Fathers’ Uplift offers mental health support, one-on-one coaching and help with everything from transportation to job searches and housing.

“When my son was born I found a picture of my father holding me when I was a baby and you could see the love and care in his eyes,” Daniels said. “What happened between then and me at age 10 when my dad left is what we want to address.”

This year, Daniels was named as one of 20 community change makers in the second class of Obama Foundation Fellows.

The organization is nearing 3,000 fathers helped and overseeing a new institute that trains social workers and psychologists to help fathers, particularly fathers of color.

“One thing that I’m very aware of is how hard I am on myself as a man and how nurturing I need to be,” Daniels said. “I wanted to make sure that Fathers’ Uplift taught men how to be gentle with themselves and loving and nurturing.”

“We’re giving men an opportunity to know they don’t have to be perfect as parents and can be forgiving,” he said.