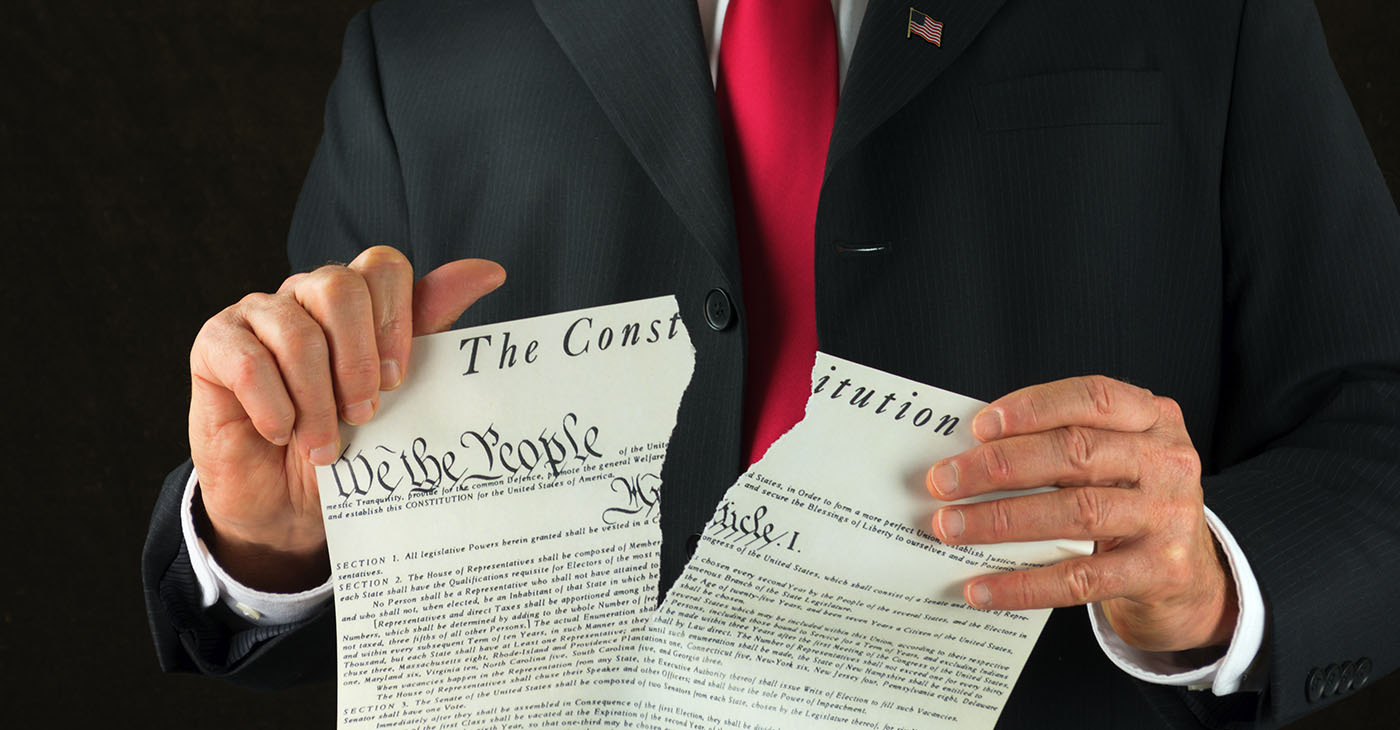 With record early voting numbers heavily pointing to a potential landslide by Democratic Presidential Nominee Joe Biden, President Donald Trump is working behind the scenes to undermine a new administration and further divide the country.

The President this week quietly signed an executive order that strips civil service protections from a large number of career federal workers if Trump determines that they are in “confidential, policy-determining, policy-making, or policy-advocating positions.”

He also was called out by members of Congress for another executive order that removes diversity and inclusion programs both at the federal and private sector levels.

As first reported by the U.K. Independent, the most recent executive order creates a new category “Schedule F” for such federal positions that do not turn over from administration to administration and reclassifying them.

The Office of Personnel Management — essentially the executive branch’s human resources department — has been charged with implementing the order by publishing a “preliminary” list of positions to be moved into a new category on what could be President Donald Trump’s last full day in office: January 19, 2021.

The range of workers who could be stripped of protections and placed in a new category is vast, experts told the Independent.

The list could include most non-partisan experts — scientists, doctors, lawyers, economists — whose work to advise and inform policymakers is supposed to be fact-driven and devoid of politics.

For instance, Dr. Anthony Fauci, the Director of the National Institute of Allergy and Infectious Diseases and a member of the White House Coronavirus Task Force, would be among those terminated by Trump.

In a nutshell, the Independent reported that the executive order could give Trump the power to “mount a scorched-earth campaign which would cripple a future Biden administration.”

“In the event the incumbent president loses his re-election bid, this order could give him largely unfettered authority to fire experts … while leaving behind a corps of embedded loyalists to undermine his successor, according to federal employment law experts,” the newspaper noted.

Creating the new category — known as “Schedule F” — and moving current civil servants into it “could allow a lame-duck President Trump to cripple his successor’s administration by firing any career federal employees who’ve been included on the list,” Journalist Andrew Feinberg wrote for the Independent.

“It also could allow Trump administration officials to skirt prohibitions against “burrowing in” — the heavily restricted practice of converting political appointees (known as “Schedule C” employees) into career civil servants — by hiring them under the new category for positions which would not end with Trump’s term.

“Another provision orders agencies to take steps to prohibit removing “Schedule F” appointees from their jobs on the grounds of “political affiliation,” which could potentially prevent a future administration from firing unqualified appointees because of their association with President Trump.”

Spokespeople for both the President and Biden did not return emails to Black Press USA.

“Yes, if Biden wins, he will undo all of these Executive Orders,” tweeted Beth Noveck, the first United States Deputy Chief Technology Officer and director of the White House Open Government Initiative under President Barack Obama.

“However, if they fire people on their way out the door, it will wreak considerable havoc. And if he doesn’t win, then this disaster is another one of many but a serious one for democracy and the rule of law.”

“It’s unclear whether this becomes… a blunt instrument…to do some surgical removal of people they don’t like, or whether they’re going to actually attempt some sort of bloodletting or purge.”

Charlie Reeves, who describes himself as an anti-Trump moderate, said the implications of the executive order is far-reaching.

“I understand as an executive order it can be reversed, but you can do a lot of damage in two months and make for a big mess for Biden to clean up early,” Reeves tweeted.

“Clear effort for petty revenge and to hinder a smooth transition.”

The President’s latest act marked another in a string of recent controversial executive orders.

Congresswoman Joyce Beatty (OH-03), Chair of the House Financial Services Diversity and Inclusion Subcommittee, recently introduced a bill (H.R. 8595) to invalidate Executive Order 13950 and preserve diversity and inclusion training programs at federal departments and agencies as well as in the private sector.

Beatty’s bill, which has the backing of 23 members of Congress, noted that Trump’s order rolls back diversity and inclusion training programs within all federal departments and agencies, the U.S. uniformed services, federal contractors, subcontractors, and specific federal grant recipients.

The order also established a hotline within the Department of Labor for the investigation of complaints.

It required the Office of Federal Contract Compliance Programs (OFCCP) to craft a request for seeking information from federal contractors, subcontractors, and their employees regarding the training, workshops, or similar programming provided to employees, under the threat of termination of any existing contract and preclusion of future contracting opportunities.

“As the first-ever Chair of the Subcommittee on Diversity and Inclusion, I have focused our bipartisan work on highlighting the tremendous impact of a more inclusive U.S. economy and workforce,” Beatty said.

“In hearings throughout the 116th Congress, the Subcommittee has received testimony from industry leaders and experts acknowledging the correlation between diversity performance and the bottom line. Diverse organizations are more profitable, pose less regulatory risk, and strengthen our economy.”

“That is why I strongly oppose Trump’s divisive attempt to cement racism as the practice and policy of the federal government and call on all Americans to join me in this effort because this Executive Order is antithetical to the values we hold so dear as a nation.”

EXCLUSIVE OP-ED: My Plan to Lift Every Voice in Black America